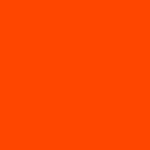 Biography:
Austin is an American photographer and filmmaker, born and raised in Southern California.

After earning a Master of Science degree from the Newhouse School of Public Communications at Syracuse University, Austin returned to California to continue building his portfolio. From a young age, Austin has been striving to create iconic images that reintroduce faces to the world through bold yet elegant visual storytelling.

Subsequent to his years as a student, Austin has toured the United States, the United Kingdom and a majority of Europe with the Grammy-nominated band, Blink-182 as their tour photographer and videographer. He has since worked with artists such as Travis Barker, Lil Wayne, Travis Scott, Lorde, Halsey, Zedd, Mumford & Sons, Oliver Tree, and Portugal the Man.

Austin is bi-coastal, living and creating in both New York City and Los Angeles.